Mama bears, are you struggling with worrying about Mercury count, but still wanting your kids to eat seafood? #SAME — that is, until I found Safe Catch Tuna. Safe Catch is the first canned tuna brand to screen every single fish it sells, and it prides itself on having the lowest mercury count of any brand out there. So today, I bring you a healthy snack recipe that can be made in under 10 minutes, is delicious, oh-so-simple, quick, and healthy! #YAS #Winning *This post was sponsored in part by Safe Catch Tuna.

The Cuter Your Workout Outfit…

In the Kitchen with My Babe

Welcome to MommaMandy.com! I’m Mandy Cox, editor-in-chief & creative director of this digital space, happy wife to my husband Kris, & Mom to the two (crazy) loves of my life, Brydon and Audrey. Watch for new posts every week + follow along on instagram to see snippets of our family’s seaside life in Bradenton, Florida. 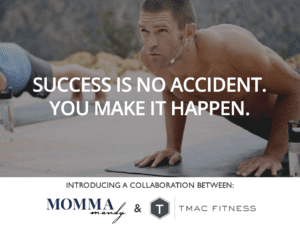